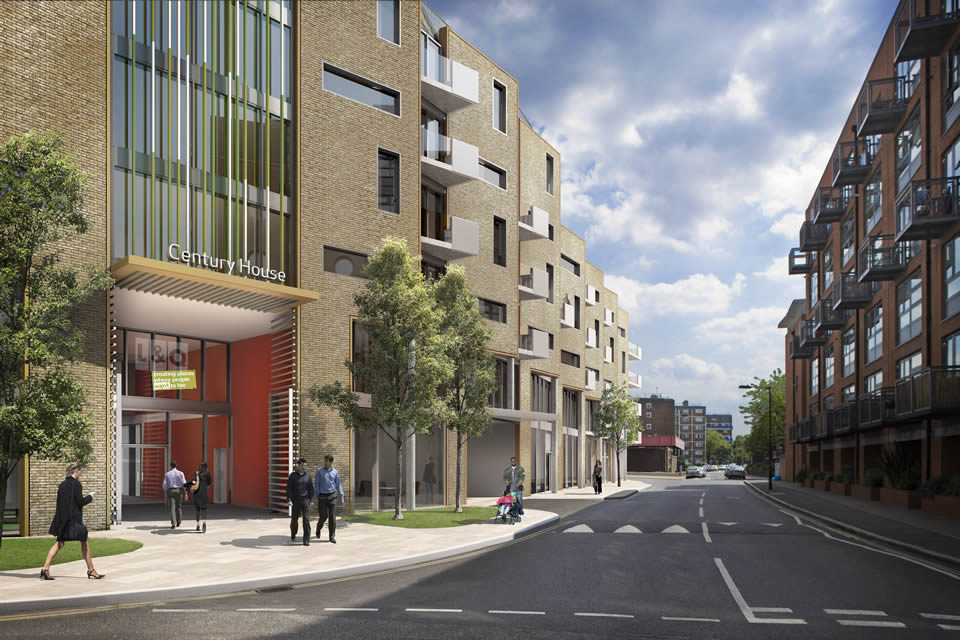 Build to Rent, Mixed Use

Century House is an outstanding mixed use development located in Bermondsey, London.

The building is made up of a striking curved facade. Consisting of a single block, ranging from six to nine storeys wrapping around a central communal courtyard on a podium deck, with the top storeys enabling access to the roof terraces which take advantage of the panoramic city views offered from such a height.

The residential apartments, which are a mix of social rented and intermediate tenure units, are all set to achieve the Code for Sustainable Homes level 3, Lifetime Homes and meet Secured by Design standards. 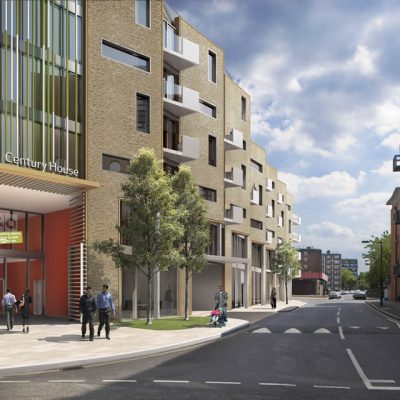 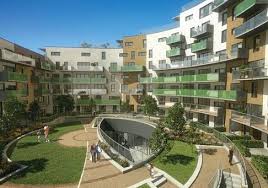 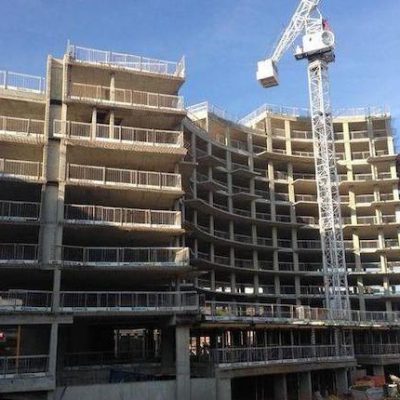 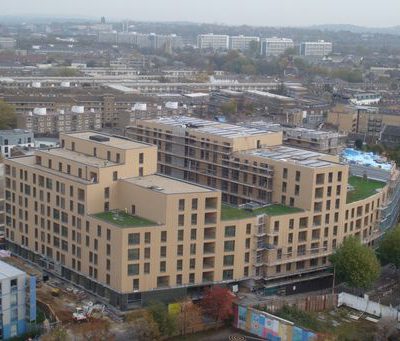 Located within a prominent and regenerated area of London, Century House comprises 154 mixed tenure apartments which sit above 4,000m2 commercial space. The spectacular development, which replaced the industrial and commercial buildings on the original site, has been set back from the street to create an improved pedestrian environment and through the use of a combination of traditional and contemporary materials, fits harmoniously in with the surrounding buildings. EOS provided the structural framing system (SFS) infill for four floors of the development and were integral in the creation of its stunning curved facade and feature fins, which give the project its unique look.

Whilst the linear nature of SFS may not appear to lend itself to the creation of curves, EOS, through the use of faceting, combined with intense detailing and measurement, ensured that the SFS was able to accurately fit with the curve of the building. The same precise detail that went into the creation of the curved facade was also utilised in the creation and assembly of the building’s 6m tall feature fin studs. As a result the fins were interfaced effectively with the other building features and columns. 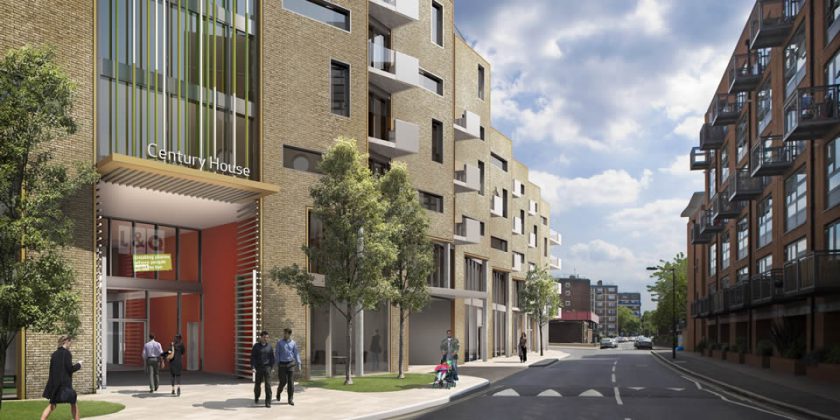 Speed of erection, cost certainty and sustainability were key drivers for this project, and through EOS’ careful engineering consideration and precise execution, they were able to fulfil these imperatives. The project also benefited from the use of pre-engineering processes, which were used in the creation of the complex, faceted SFS. As a result there was minimal cutting involved in the manufacturing of the SFS, which saved time and prevented wastage during construction.

View next Build to Rent project
< Back to case studies menu